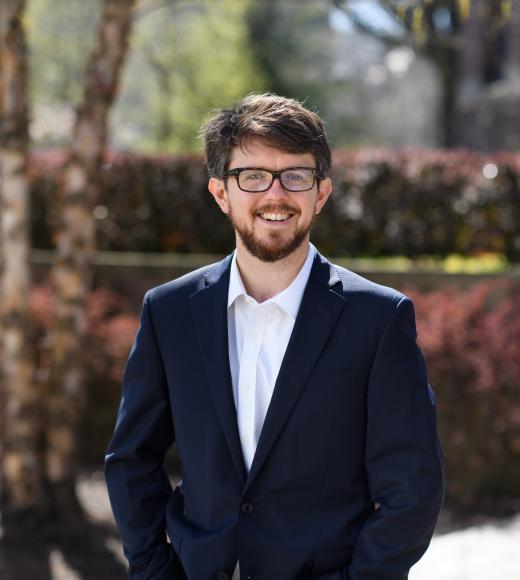 Byron MacDougall is excited to join the Classics community at Davis this fall. He previously taught as a Visiting Assistant Professor in the Classics Department at Brown University, and has held research fellowships at Dumbarton Oaks, the University of Vienna, and Princeton's Seeger Center for Hellenic Studies. His research interests center on Late Antique and Byzantine literary culture, especially the reception of ancient literature and philosophy.

"Callicles after the Gorgias: Platonic Heroism in the Lives of Moses, Basil of Caesarea, and Emperor Julian," Classical Philology 115.4 (2020)

“Hierotheus at the ‘Dormition’: Pseudo-Dionysius the Areopagite on his Teacher’s Rhetorical Performance in On Divine Names,” Journal of Early Christian Studies 28.2 (2020) 233-253

“Aristotle at the Festival: The Orations of Theodore the Stoudite and Byzantine Logical Culture,” Jahrbuch der Österreichischen Byzantinistik 68 (2018) 251-260

"Living Images and Authors of Virtue: Theodore of Stoudios on Plato of Sakkoudion and Gregory of Nazianzus on Basil," Byzantinische Zeitschrift 110.3 (2017) 691-712