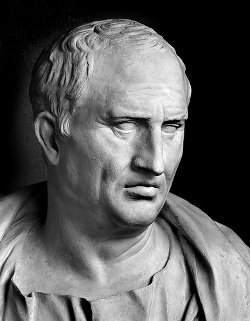 e Classical Civilization major offers the opportunity to study two incredible languages: Ancient Greek and Latin. It also includes many disciplines: language, literature, history, philosophy, art, archeology, religion, and mythology. The major enables the students to approach the ancient world from a broad interdisciplinary standpoint and gain an appreciation for the many cultures of Mediterranean antiquity.

A student graduating from UC Davis with a major in Classical Civilization will be able to:

The major has two tracks: The Classical and Mediterranean Civilization track, which most students choose, requires two years of study of one ancient language, Greek, Latin, or Hebrew. Students complete the major requirements by selecting about ten courses from a broad range of offerings in different aspects of ancient Mediterranean civilization. Students who choose the second track, Classical Languages and Literature, study two ancient languages, but take fewer ancient civilization courses. Most graduate programs in Classics look for incoming students who have already completed three years of both Latin and Greek or three years of one and two years of the other. Reading knowledge of German and/or French is definitely a plus. Students interested in graduate study in Classics need to inform a Classics adviser of this early in their undergraduate careers.

For further information on the Classics major, see the Major Requirements below and contact one of the faculty advisers.

The major in Classical Civilization is a liberal arts degree and is therefore excellent preparation for professional schools. Recent graduates in Classics have been successful in gaining admission to distinguished schools of law, medicine, library science, and graduate study in many liberal arts and social science disciplines. Other recent graduates have embarked on promising careers in journalism, television, publishing, museum work, and teaching.

The department offers minors in Classical Civilization, Greek, and Latin for those wishing to follow a shorter but formally recognized program of study in classics.