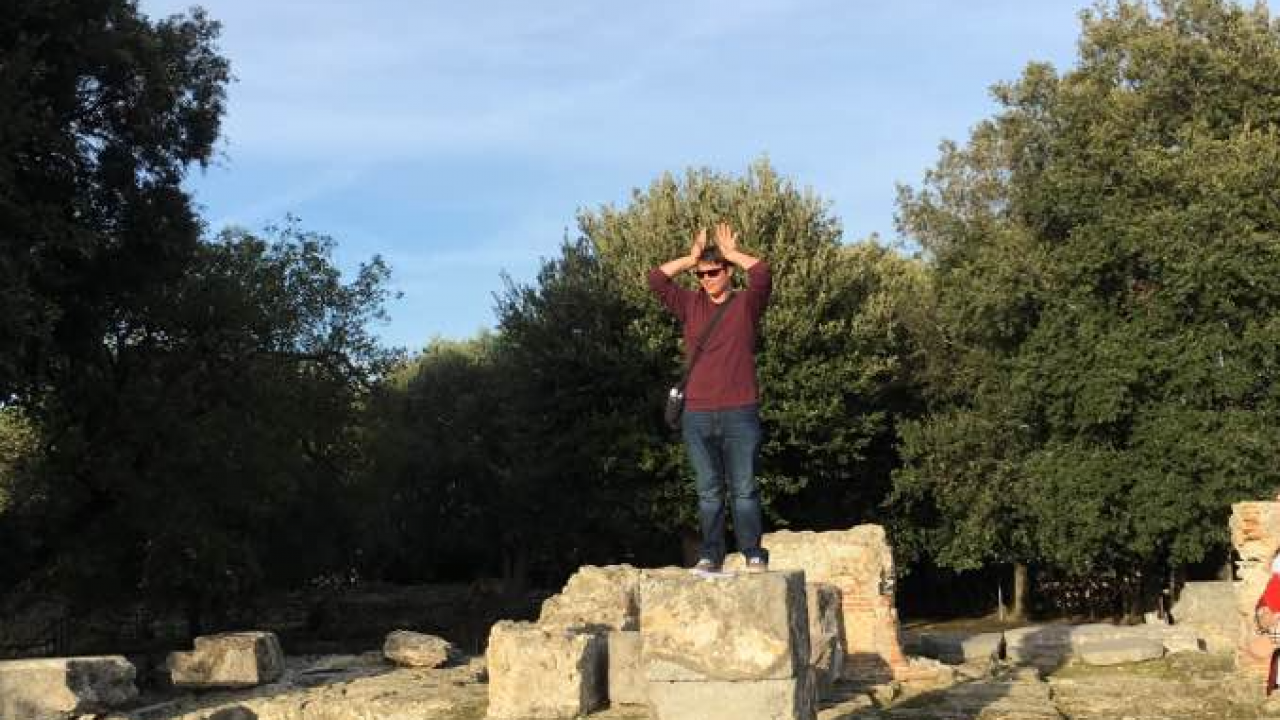 I spent the Fall Semester of 2016 studying at the Intercollegiate Center for Classical Studies in Rome, although it is much easier to just call it “The Centro”. The Centro is a hideous building hidden away on the Via Alessandro Algardi in the Monteverde district of Rome. The inside of it isn’t much prettier. In the basement is the kitchen and dining room, while the first floor holds the library, professors’ office, and a classroom. The second and third floors are made up of bedrooms, akin to dorm rooms. The fourth has the exercise equipment, a lounge, and another classroom.

This is where I lived for roughly four months. Meals, classes, studying, lectures, sleeping, living all took place in this compact building. On the surface the Centro seems like a dreary existence, but don’t let the its rather unassuming façade fool you. The Centro is everything that is magical about the Classics. Although our language classes took place inside the building, the Centro took myself and the thirty-two other aspiring Classicists I journeyed with beyond the classroom and into the Classical world. Our Tuesday “classes” were more akin to field trips of the best kind. We would explore Italy outside of Rome, visiting such sites as Alba Fucens, Portus, and Ostia Antica. For a week in October we spent a week bussing around Sicily, and then a month later we spent a week in Campania. We learned at, and from, ancient sites, leaving the classroom for the true ancient world.

Our Thursday classes were Rome days. Each morning we would set out into the Eternal City, finding our own way, only to meet our professors at the Forum Romanum, or Domus Aurea, or Pantheon. There is no more satisfying experience than knowing these ancient pillars of the Roman Empire. It is one thing to study them from afar, but to see them, experience them, learn in them (and occasionally taste them), is incomparable. I felt the ancient city around me. Though the Roman Empire is long gone, it is by no means dead. Rome is much more than a city. It is an idea, one that is not going anywhere soon. Rome was my classroom, and there is nothing better than that.

All that I learned and saw, from mosaics to latrines (sometimes both together), reinforced my love for the Classics. But it is not Rome itself that made the Centro a life changing experience. The Centro was made special by the people: the director of the program, my professors, and my classmates. Each and every one of them is passionate about the Classics. They made learning and living in Rome unforgettable. Nowhere else in the world will you find thirty-five people who rejoice in seeing wood from 79 CE, or who will perform the Medea in a theater in Sicily, or who get overly excited about walking through an aqueduct. The Centro showed me that there are other people in the world who share my overwhelming enthusiasm for Rome and the Classics. I left the Centro with the idea of Rome as the “Urbs Aeterna”, the Eternal City. Nothing sums it up better than this: “Rome was a poem pressed into service as a city”.