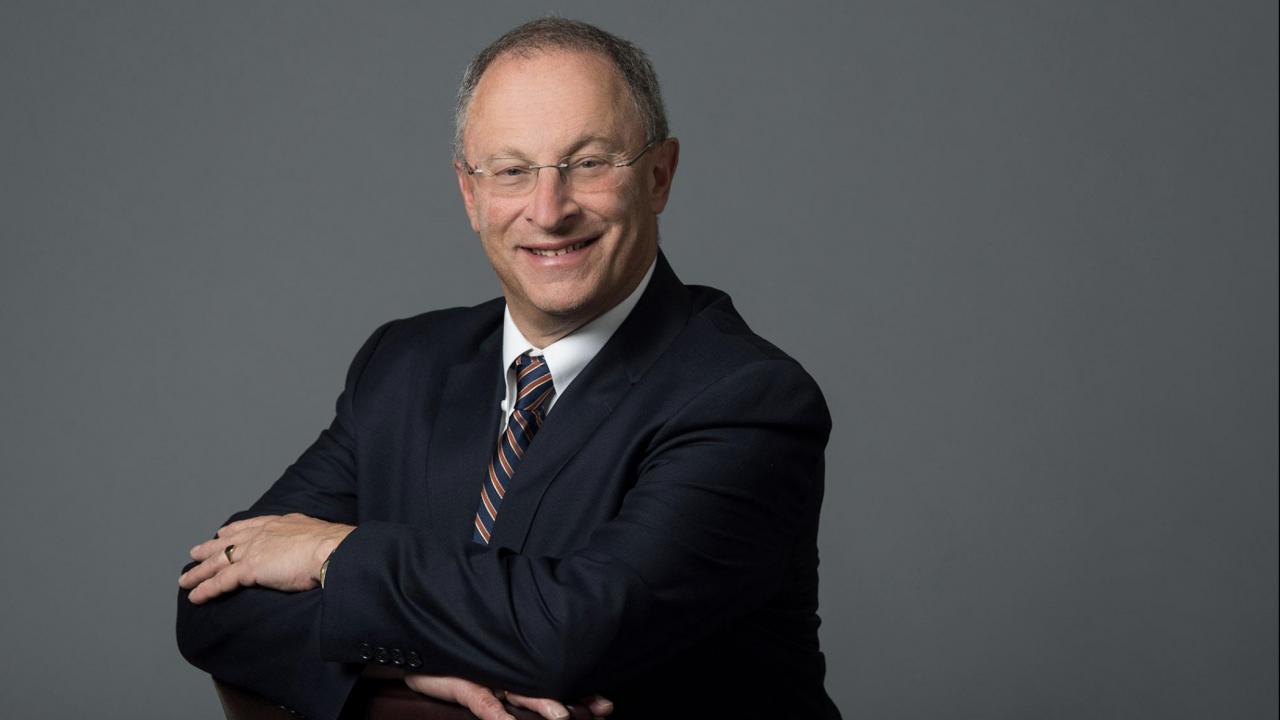 After nearly nine and a half years as Provost and Executive Vice Chancellor of UCD, Ralph Hexter stepped down from his administrative posts this June (you can learn about his many accomplishments here and here) and rejoined the Classics Program (and Department of Comparative Literature) as an active faculty member. Although Professor Hexter will enjoy a much deserved sabbatical leave in 2020-21 before taking up teaching duties next year, we thought that this was the perfect opportunity to invite him to reflect on the role that ancient texts have played in his life.

What ancient text are you thinking about these days, and why?

I have been thinking about Vergil’s Aeneid a lot these days, especially book 2 and the fall of Troy. Today many figures from this book have common currency, like the Trojan Horse and Cassandra. The pandemic offers analogues galore. But the image that haunts me is the vision Venus, Aeneas’ divine mother, vouchsafes her son alone, of the Olympian gods pulling down the citadel and the very stones of the city. We may be witnessing the fall of a Troy today, not all bad, of course, unless you are Priam or Hecuba, Hector or Andromache.

What ancient author are you most looking forward to reading again and perhaps teaching, and why?

Continuing in somewhat the same vein, I am fascinated with the idea of revisiting Augustine and especially The City of God.  There Augustine lays out a program of imagining an alternate civilization that, according to his thesis, existed all along but that would emerge after the end of the secular Rome, via a transvaluation of all values. What was his progression from a student of and participant in traditional Roman civilization, a brilliant teacher of rhetoric, to the ultimate critic and reframer of an entire world?  What does his work and example have to say those who want to bid farewell to old values and imagine something altogether new and just.

Do you have a least favorite ancient text, and why?

Even texts that are utterly distasteful can teach us something about the world in which they were created. Some of the poems I recently published and translated with my co-editors Laura Pfuntner and Justin Haynes in our collection of pseudo-Ovidiana, Appendix Ovidiana, exemplify, even seem to glory in what one can only term rape culture. For this reason I find medieval poems like “On the Crafty Messenger” (De nuntio sagaci) appalling and repellent. It is not the only one of that sort in the collection, but at least one, “On the Old Woman” (De vetula), the most remarkable, longest and most complex poem in the volume, rejects the trope and moves far beyond it, if in ways that are quite distant from modern modes of thinking.

What are you working on now?

I am working to finish a book on two fifteenth-century Latin plays, skits produced and performed by law students at the University of Pavia, that turn on the entrapment of a priest who seeks out other males for sex. I am trying to understand them in their historical context, but of course they participate in a comic tradition that draws on Plautus and Terence, so I am rereading Latin comedy these days.

How has the field of Classics changed since you started studying the ancient world?

When I started studying Classics, the then younger scholars were just beginning to push beyond the most canonical authors and beyond a fairly exclusive aesthetic appreciation of texts. One of my most influential teachers in graduate school was John (Jack) Winkler, who worked on the ancient novel and also the history of sexuality. Most of the senior faculty were not appreciative of new modes of interpretation, but thank goodness things have changed.

What do you think students of today can gain from studying Classics?

They sometime say that “the past is another country.” In our utterly globalized world, one might well say “only the past is another country.” What I mean is that if one wants to study a culture that is not directly impacted by and implicated in our own, you have to go into the past. What I find valuable in studying an ancient culture, in any part of the world, is the opportunity to gain an appreciation of an entirely different mode of thinking, of looking at the world. If you happen to select the ancient Greco-Roman world, you can enter into dialogue with a long sequence of generations of readers and thinkers who have themselves been in dialogue with the texts and monuments of that world. One must of course enter this dialogue critically, but it is a rich and complex field in which to roam and develop one’s on thoughts.

What can you do with a major in CLASSICS?